A contemporary bridge to our rhythmic roots 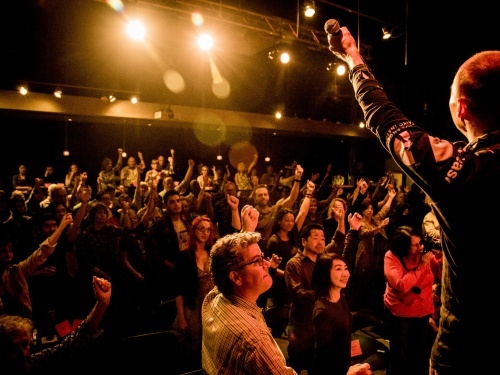 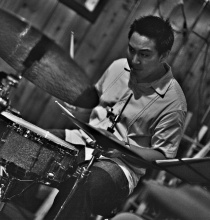 Abe Lagrimas, Jr. is a drummer, vibraphonist, ukulele player, composer, author, and Nā Hōkū Hanohano Award recipient.  He participated in the Betty Carter's Jazz Residency and studied at Berklee College of Music.  In 2012, Abe competed in the highly prestigious Thelonious Monk International Jazz Drums Competition, where he was selected from the international participants as one of twelve up-and-coming drummers.

Blaine O'Brien is a lifelong percussionist, performing member of TaikoProject, and Director of the music department at Crespi Carmelite High School, the first accredited high school Taiko group in America.  Blaine got his musical start with marching band and rock drumming at a young age, and went on to march with Pulse Percussion in 2010, winning the the Winter Guard International gold medal. 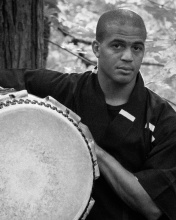 David Wells began his musical journey early as a young clarinet player under the guidance of his father, a professional jazz musician.  In 2003, he became a member of Stanford Taiko, performing internationally with the group, and eventually served as Artistic Director.  Since then, David has trained extensively with professionals both within and outside the genre of taiko, performing with Kenny Endo Taiko Ensemble, TAIKOPROJECT, Prota, On Ensemble, and Unit Souzou. 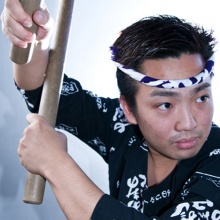 Isaku Kageyama is an eclectic and versatile taiko performer, hand percussionist, and drummer, currently working with performing ensembles, UnitOne, Rhythm of the Universe, Soulandscape, and LA Japanese Music Ensemble.  Kageyama served as a principal drummer of premiere Tokyo taiko ensemble Amanojaku, and is two-time National Odaiko Champion, becoming the youngest person to win highest honors at the Mt. Fuji Odaiko Contest in 2000, and Hokkaido in 2003.  He holds a Bachelor of Music from the Berklee College of Music and a Master of Arts from Longy School of Music of Bard College.

Mogi received his Associate’s degree in percussion performance from Musician's Institute in Hollywood, California, and a Bachelor of Music in instrumental music, with an emphasis in music education, from Cal State Long Beach’s Bob Cole Conservatory of Music.  Major performances include, Coldplay's "Princess of China" music video and the movie Battleship (2012) soundtrack.  Mogi has recorded with Grammy Award winning band, Quetzal, and regularly performs with Taikoproject, Bataré, and East LA Taiko. 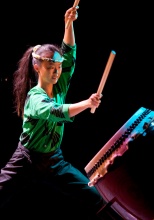 Mui is an experienced performer and acclaimed teacher.  She was a Taiko Center of the Pacific Fellow in 2012-2013 and performing member from 2013-2017.  She has an MPhil in Musicology from the University of Hong Kong and is a certified Orff Schulwerk instructor.  Mui now teaches at Los Angeles Taiko Institute, performs as a solo artist, and gives workshops to groups around the globe.

Principal of Los Angeles Taiko Institute, Kato is a world-renowned taiko performer and teacher.  After a childhood performing with San Francisco Taiko Dojo, Kato was a leader of UCLA Kyodo Taiko before moving to Japan to study at Nihon Taiko Dojo and on Hachijo island and went on to perform professionally with On Ensemble, TAIKOPROJECT, Portland Taiko, and now Unit Souzou.