Why buy when you can make something for twice the cost, through much labor, and break it yourself? 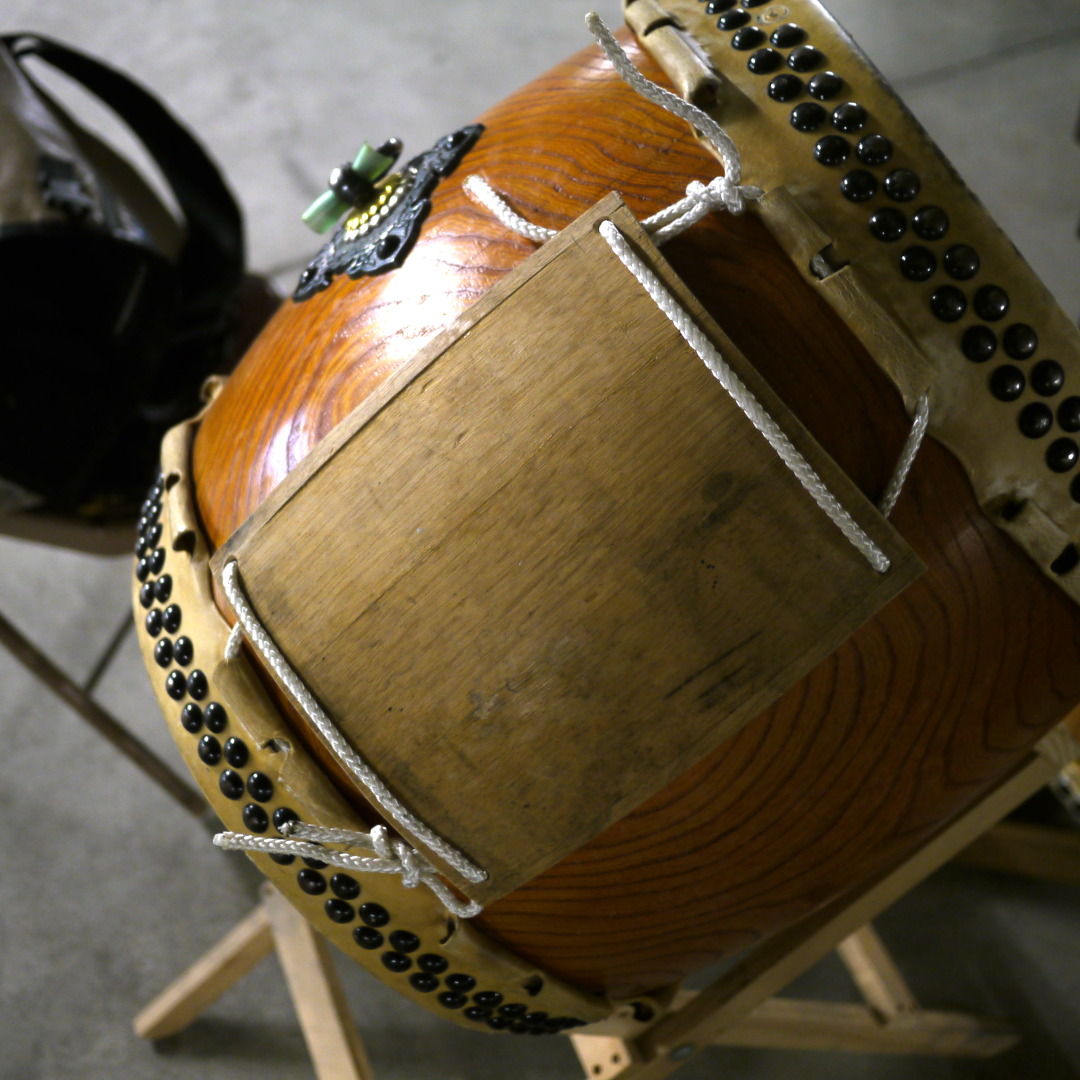 I like to hit the body of the taiko for a high-pitched, woody sound that’s distinct from the rim of the taiko.  On my own drums, I just strike the body directly (and relatively gently), but when borrowing a taiko, I need a way to cover the body.  Enter the "doukake", or "ki-pad" as we call it ("ki" is the kuchishoga term we use for this hit, as opposed to "ka" for the regular rim).  It turns out it’s easy to make a doukake from the staves of a discarded taiko barrel. 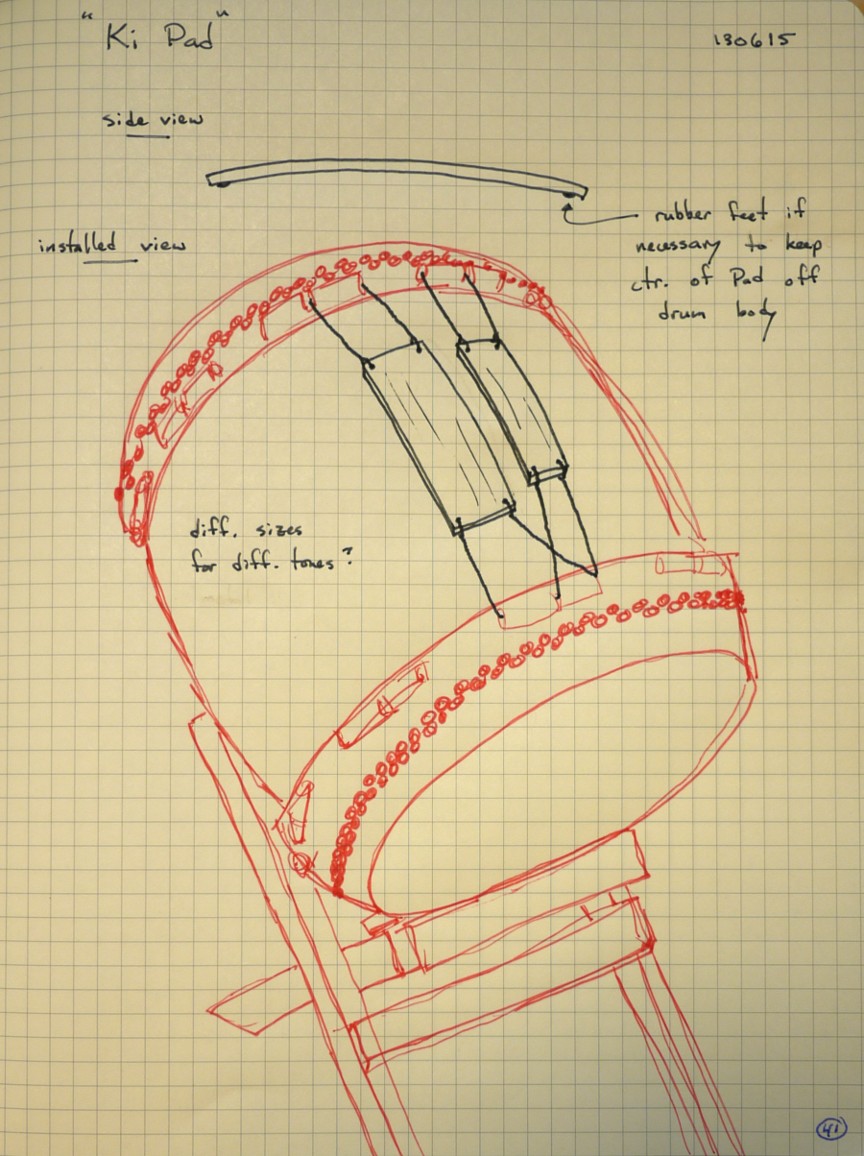 Doukake are common on Japanese drums in Tokyo, where a metal or leather patch is affixed to the body.  These are sturdy and reliable but I prefer the removable version.  Not only can it be transfered to other drums but it is more adjustable in location and allows the drum to be rotated over time produce even wear around the rim.

A bisquit-jointed trio of staves was the perfect width but the bisquits failed after about a year.  I'm currently trying to get used to a thinner, single stave and would like to eventually have multiples for different tones.

Drill holes large enough for your rope/string in each of the four corners of the stave.  Tie knots at the underside of the stave to create a cushioned gap when the stave is attached to the drum body.  Tie the doukake onto the drum by running the rope/string through one or more mimi at each head. 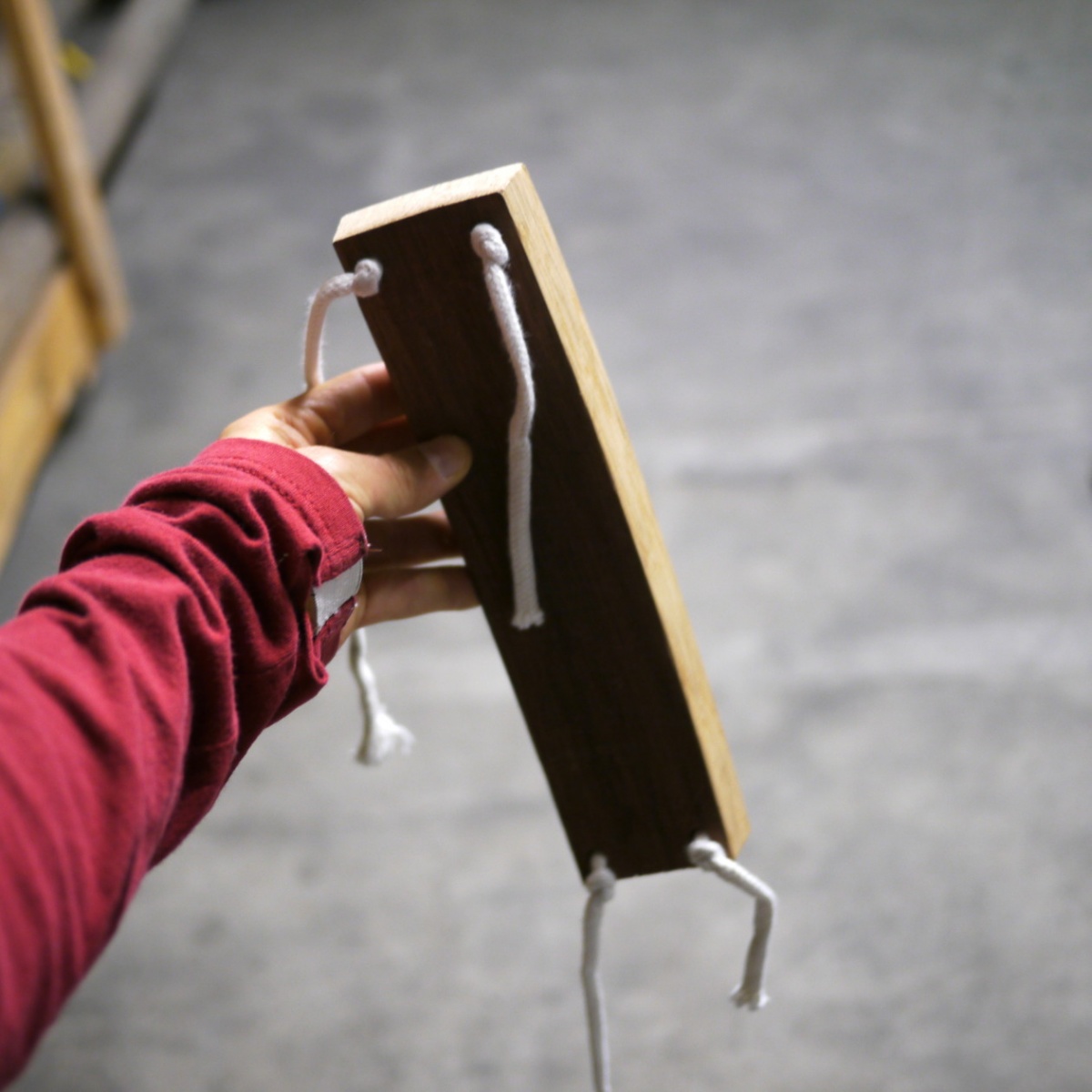 Barrel Builders, Inc. was able to provide me with 40 reclaimed staves from damaged barrels ($50 for staves and $250 for shipping).